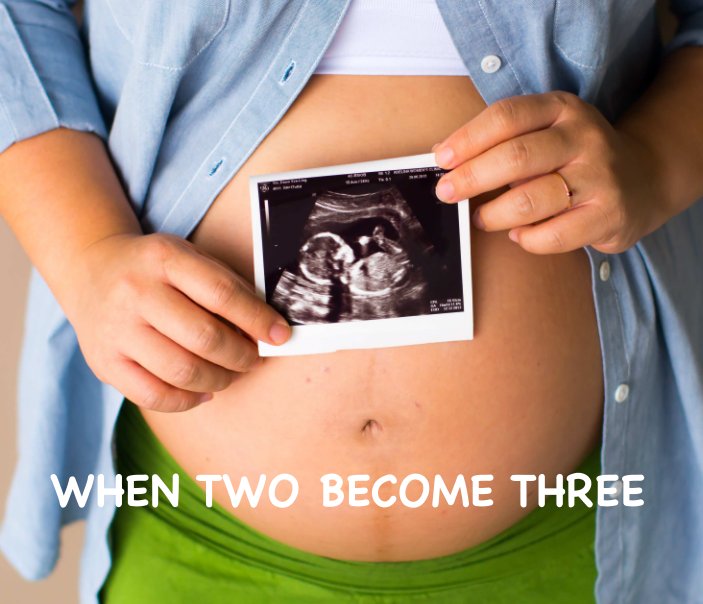 So many times I have heard people say they ‘don’t want their child to be an only child’. Many assume they will have more than one child if they can, myself included. When deciding on having another child the worries are commonly based around money, logistics and space. So when discussing having two children with my partner, there was understandably a lot of emphasis on the practical side, whereas the emotional side was left on the side lines, only revisiting it when I was physically living the unexpected feelings I felt after giving birth for a second time.

I was 25 when I fell pregnant with my son. It was unplanned and I had only been with his dad a short time. From the start I was sure I was going to have a girl. I pictured myself braiding my daughters hair and getting mummy and me manicures together. I would naturally navigate towards the pink and girlie products in Mothercare – cute dresses and ballet pumps made my heart explode. It was gender stereotyping on steroids. By the time I went to my twenty-week scan I had convinced myself I was carrying a girl. I excitedly laid down on the hospital bed and said I wanted to know the sex of my baby (even though I already knew). The sonographer replied to let me know the baby was lying in an awkward position so she couldn’t yet decipher its sex. But I could. Staring me directly in the face on the screen was a clearer than day outline of ‘boy bits’. I pointed it out on the screen and she looked at me delighted and confirmed that I was correct; I was having a little boy.

I was going to be a single mum, and to a BOY. How? I had never understood boys, I didn’t even talk to my own brother anymore, yet I was expected to singlehandedly raise a boy?

Five months later I became a mum to a little boy. MY little boy, Theo.

He was huge and resembled a chubby ET, but I thought he was just beautiful, all 10lb 7oz of him (yes it was a vaginal birth-lucky me). Instantly, when I held him in my arms, any consideration that I was having a girl melted away.  This was my baby. This was always supposed to be my baby.

We navigated life together as a little family. He was settled and calm and had the loveliest nature. He was so big that he outgrew his Moses basket within 5 weeks.  I couldn’t sleep if he wasn’t in the room with me and I spent countless hours just staring at him as he slept peacefully. I couldn’t believe he was mine.

Life raising Theo was relatively chilled and really happy. He started football at 3 years old and I would sit in the cold and watch him. I never would have willingly watched football (I mean, there was a time where I would’ve assumed Robin Van Persie was a famous actor) but I could watch Theo all day. Every time he scored a goal he would run over and shout to me to check I had seen. When I watched him in his school plays (usually singing – which he hated) he would look to me and I would give him a thumbs up, he would smile and sing that little bit louder. Everyday, when he would come out of preschool and run into my arms. He would even get upset if I was to I go to the shops, making me promise I wouldn’t be too long.

We regularly had movie days, just the two of us. We would make a bed in the living room out of quilts and eat snacks whilst we watched film after film. At just 3 years old he would sit snuggling me, watching each film intently and giggling with me at the silly parts. I distinctly remember taking Theo to a museum when he was about 3. We spent the whole day exploring together, laughing and joking about which animal we looked like most and enjoyed tea and cake in the café. No tantrums and no boredom, he was my little angel, literally, and I was so proud to be his mummy.

So when I then fell pregnant, I assumed it would be the same all over again but double the affection, love and jokes. Right? Plus, Theo was so excited.  He would kiss my belly every time I picked him up or dropped him off anywhere. In the evenings he’d show my bump his favourite toys and rest them on it; his idea of sharing. It was too adorable for words. I was so excited (and to be honest unaware) of what was to come.

I gave birth to Phoebe in August 2016. When I first held her in my arms, the happiness I thought I would feel was overridden by guilt. Lying here in this hospital room holding my new baby with my partner by my side felt wrong. It was as if my heart wasn’t in the room; it was happily playing at nursery instead. All I could think about was Theo. I kept asking when I could see him, counting down the minutes until Tom went to collect him. I was so excited to just give him a cuddle and introduce him to his sister.  I told myself I would be fine once he saw her and if was just natural waves of postnatal hormones.

When he turned up I was desperate to squeeze him. I held my arms out, and to my horror he refused to cuddle me. In fact, he wouldn’t even look at me.   I gave him a playful poke and he pushed my hand off.  He looked at her, expressionless, told us he didn’t want to hold her, then sat in the corner and said he wanted to go home.  Despite my efforts he refused to talk to me and eventually Tom took him home. I felt disheartened, but also considered just how overwhelming it may have been for him. I told myself once we were home it would be fine; maybe the hospital was the wrong setting for introductions.

Once home, I quickly learned that the setting was not the issue. The baby was. Theo was feeling weird and I could tell. He was desperately trying to get everybody’s attention, even if it meant being naughty and making a scene. I hated anyone commenting on his behaviour.  I wouldn’t let Tom tell him off. I would go mad if anybody didn’t respond to his questions in 0.4 seconds.  The guilt I felt was overwhelming, and it was coming out irrationally by attacking anybody who didn’t walk in and give him their undying attention. I just wanted him to be ok, to the point where I started to spoil him. I would buy him sweets if he wanted some. I would buy him little toys he saw, clothes he liked, I even bought him a pink sparkly top that was 4 sizes too big because he said he really wanted it. I was desperate to make him feel better.

He was acting out.  Our previously unbreakable bond felt more than broken, it felt like it was smashed to pieces.  I had no idea how to help him, it was like putting shattered glass back together.  I followed all the advice I could find, the most common one to pop up was to spend time alone with him. I arranged to take him to the cinema and I was optimistic that it would finally feel like old times again. But he wouldn’t even talk to me, afterwards I suggested a McDonalds. He declined and added that he thought the movie was rubbish. I felt completely defeated.

In the meantime, all this energy spent feeling guilty about Theo had started to turn into a constant feeling that everything was wrong and not as it should be. The guilt turned to unease and I started to feel like something bad was going to happen. I would wake up 3 times a night to check all the doors were locked. I had phoebe sleep in my room to check she was ok and constantly went from room to room checking they were both breathing. I started to walk everywhere rather than drive so as to prevent an accident. I was absolutely exhausted and my weight dropped lower than it had ever been.

Furthermore, all this had stopped me bonding with Phoebe. I felt like I was betraying my son by doing so and I had an eerie feeling when I looked at her, as if she wasn’t mine. The difference in my experience after having Theo to after having phoebe was a complete contrast. I started to feel like I was a bystander watching myself play house. I was in complete emotional turmoil and worried constantly that I had ruined our relationship. I felt constantly confused. My mind felt overcrowded and busy.

I’m aware now that I was experiencing severe postnatal depression. And I’m certain it was sparked by the complete lack of awareness of how much my life would change and how badly Theo would react. I was completely naive. What’s more, early on I confided in a health visitor who told me I just needed a good tramadol to calm me down. After her response, I was convinced my feelings and behaviour were all normal and I was simply overreacting.

I couldn’t go on feeling how I was so I eventually went to the doctors. She immediately prescribed me anti depressants and referred me to an online CBT programme as the wait for a therapist was lengthy. It took a lot of hard work and persistance to feel better, and as my mood improved so did Theo’s, largely because phoebe was getting older and they could sometimes play together.

Over time he settled into the role of big brother. They would play for hours, laughing (sometimes fighting). When Theo would go to his dads, Phoebe was like a lost puppy for the weekend. They really are the best of friends. Now, nearly four years down the line I can’t remember it being any other way. I tried so hard to make things ‘normal’ for Theo when she came along, completely unaware that eventually, having a sister would be his normal. Spending time alone with them is a great tip, but ultimately, it just needs time, and the understanding that it’s all temporary and no child ever grew up with PTSD from the birth of their sibling. Theo and I are also back to being as close as we were before. We have fun together, movie nights and days out still, except now with a little added bonus; his sister.

It took around a year to truly feel bonded with Phoebe. I absolutely adore her. She has the craziest character and is pretty much a miniature version of myself. I never thought it would be possible to love any child as much as I loved Theo but I am living proof that it most definitely is.

Having a second baby was nothing like I imagined and it took a lot of adjusting. Not everyone feels it’s a struggle of course, I am just sharing my experience.

Most days, after collecting Theo from preschool, he would ask me when Phoebe was ‘going back’. Every time I explained that we were her family and she needed to live with us at home. One day, when Theo asked this I replied jokingly and said we were dropping her off on the way home. He protested and said it just wouldn’t be the same without his sister.  I knew then that it was all going to be ok.